The photo above is how the Fuzzrite looked when new.  You can see the flat head screws attaching the switch and the way the feet stick out from the sides of the box. 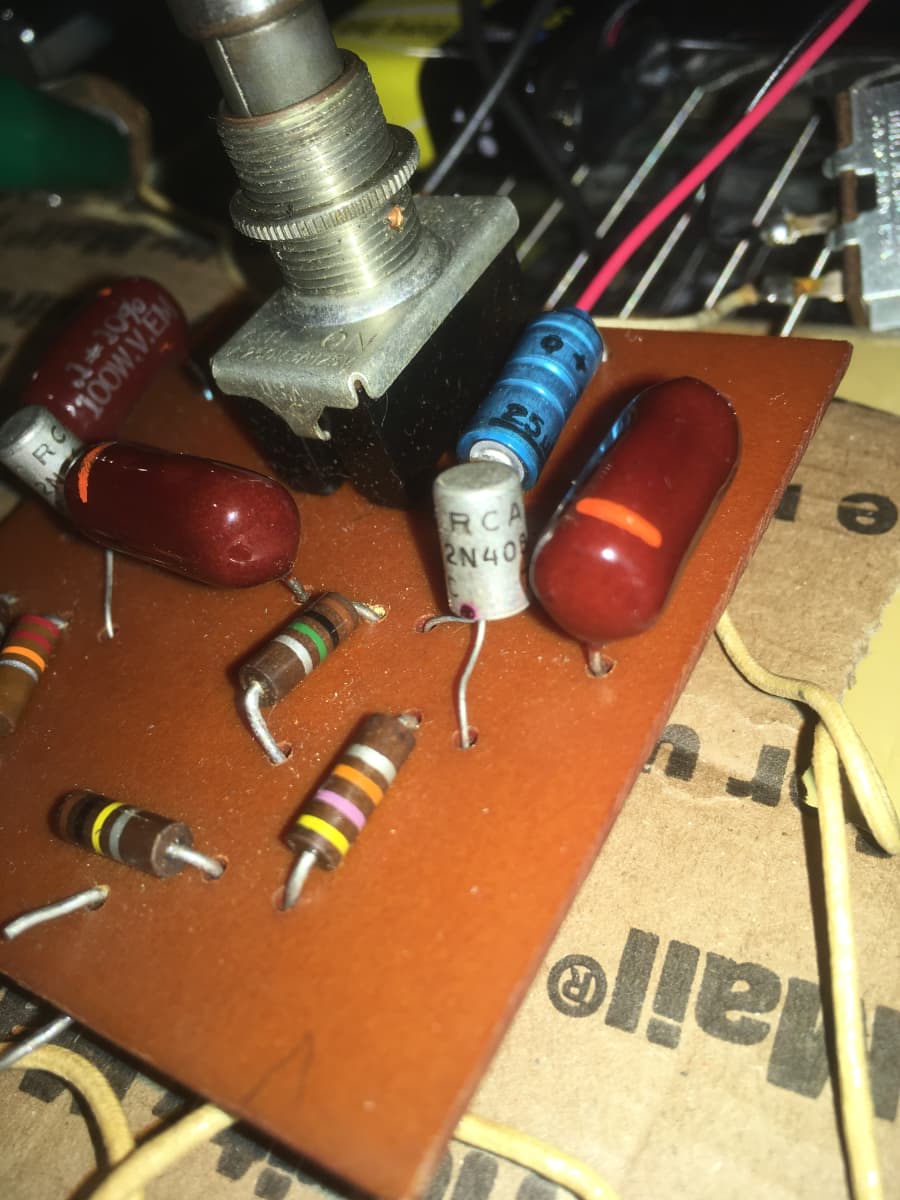 This photo shows the original poly caps (more expensive than the ceramic caps in later models and they seem to have a 'foil side' which helps with shielding the sensitive input signal) and the backwards electrolytic switching capacitor. Purchased this Fuzzrite on Reverb in 2019.  The graphics on the box were long gone; but this is one of the Ge transistor models from the first batch produced.

I was not concerned about the lettering.  I like the folded steel box, the on-off switch, the switching circuit and the single note fury of its sound.

I have examined the circuit in detail.  Two things stood out: the electrolytic capacitor was installed backwards and the capacitor from the collector of the first transistor to the Depth pot was .001uF (most examples have double this value i.e. .002uF).

To me, the switching circuit is true bypass if the electrolytic is installed correctly.  This is a positive ground circuit with PNP transistors.  The + end of the electrolytic must be grounded when the device is on.  From the moment this box left the factory, the electrolytic was turning into a resistor from being installed backwards.  I unsoldered it and it measured 4Mohms.

I think the build issue affected the sound.  I also added another .001uF cap for a total of .002uF.